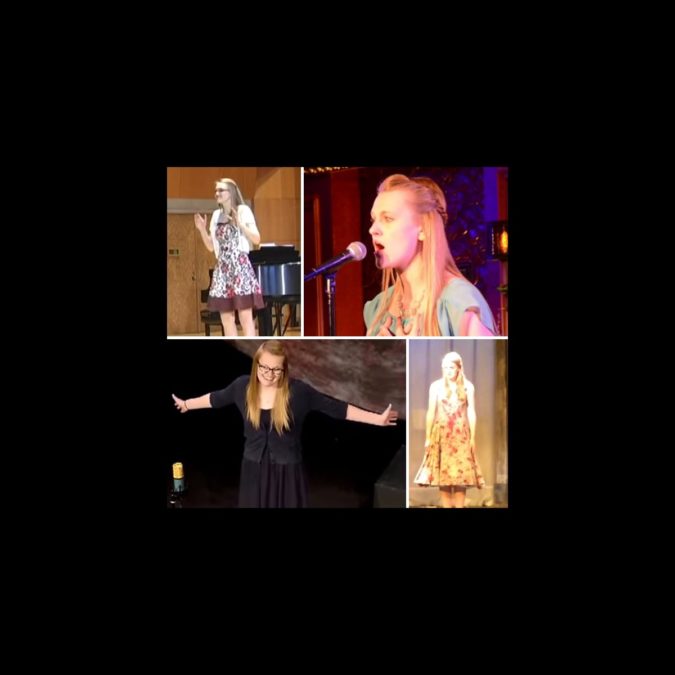 Who Is The Sound of Music Star Kerstin Anderson? See Her Before She Becomes Maria

The new national touring production of The Sound of Music is getting ready climb every mountain in the U.S., headlined by a newcomer whose name we just heard for the first time this morning: Kerstin Anderson. Who is she? A Pace University junior who has been plucked directly from her college classes to hit the road with Ben Davis, Ashley Brown and a crew of adorable von Trapp kids. We can’t wait until the new production begins performances at the Ahmanson Theatre in Los Angeles this September, so we hunted the Internet for clips of the new star before she takes the stage. And wow—she’s amazing!

The Light in the Piazza
Oh, didn't The Light in the Piazza’s original star Victoria Clark direct the production at your college? No? What a shame, because it totally happened at Pace University in 2014, featuring Kerstin as Clara. Check out her absolutely heartbreaking rendition of the musical’s title song.


Elise
There’s two things we learned from this eight-minute musical presented at 54 Below: One, Kerstin looks great in milkmaid braids (not necessarily a prerequisite to play Maria von Trapp, but it helps). Two, the new Sound of Music star has a crazy belt and an amazing high A.


“Come to the Fair”
Speaking of high As, check out the star singing a more Maria-like tune at the 2010 Rising Stars Scholarship fundraising performance. Hey Kerstin, maybe after your run in The Sound of Music maybe you could come to Broadway and play Christine in Phantom? Just an idea!


“Ready to Be Loved”
Is Kerstin ready to leave Pace University to headline The Sound of Music? After seeing her nail “Ready to Be Loved” from Benj Pasek and Justin Paul’s Edges, it looks like the answer is definitely yes. See you on the road, Kerstin!