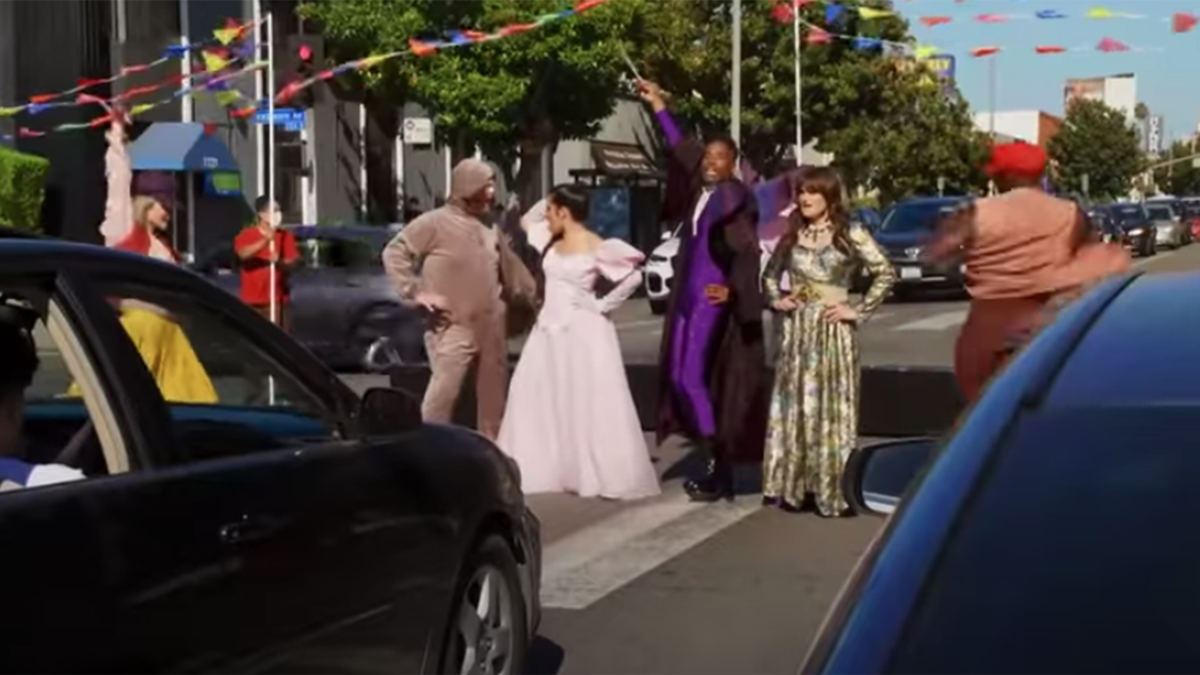 It’s time to head to the ball and celebrate the brand new movie musical Cinderella, which is now available to watch on Amazon Prime. The Camila Cabello-led adaptation of the classic tale also stars Tony winners Billy Porter, Idina Menzel and James Corden. In celebration of the film’s release, the performers reunited to take the show on the road… literally. In the newest edition of The Late Late Show with James Corden‘s Crosswalk the Musical, drivers are surprised with multiple musical numbers from the movie. Check out the hilarious video below to hear songs like “Let’s Get Loud” and “Shining Star” as well as original tunes like “Million to One” and more.