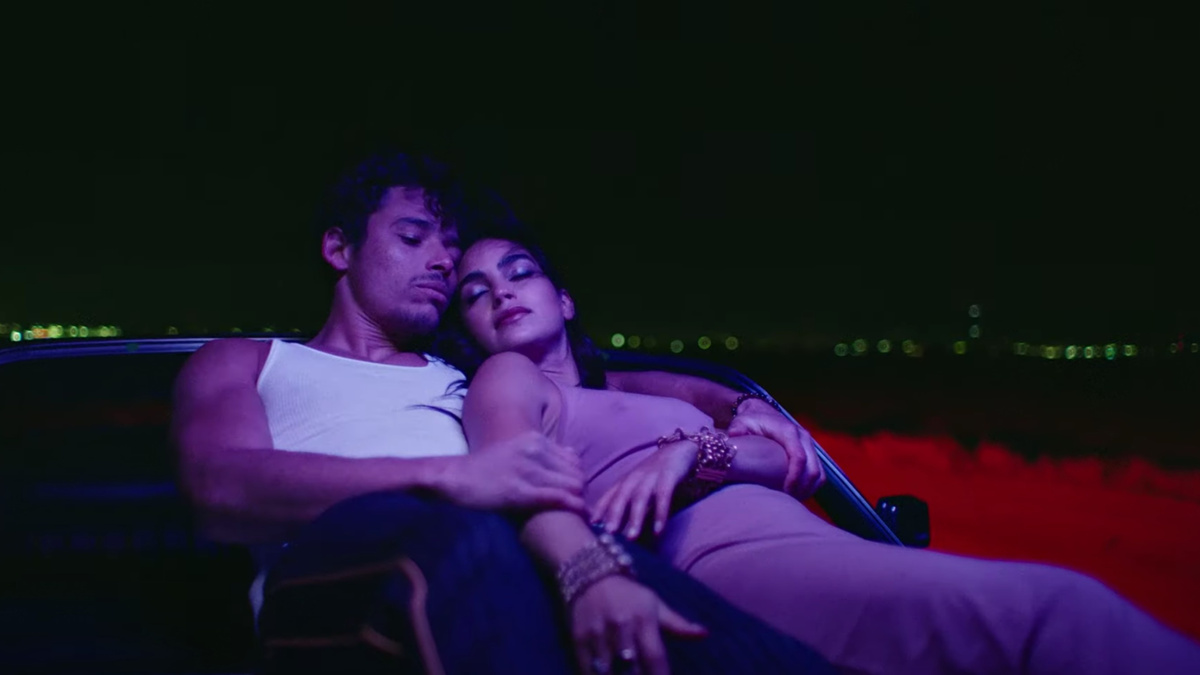 Hamilton original cast member Anthony Ramos is keeping it in the neighborhood for the new music video for his song “Say Less” by enlisting his In the Heights co-star Melissa Barrera. The duo star as Usnavi and Vanessa in the upcoming film adaptation of the Tony-winning hit, which will arrive in theaters and HBO Max on June 11, and fans get a sneak peak of their chemistry as Ramos sings out the steamy R&B tune. “This video is a depiction of two people in a fleeting inferno of a relationship—one that can never be stable—but is too amazing to give up in spite of the inevitable outcome,” said Ramos in a statement. “They’re keeping a flame alive that will eventually burn out or explode. Not sure how it’ll end up, but in the meantime ‘Say Less’.” OK, but this just makes us want more, Mr. Ramos!