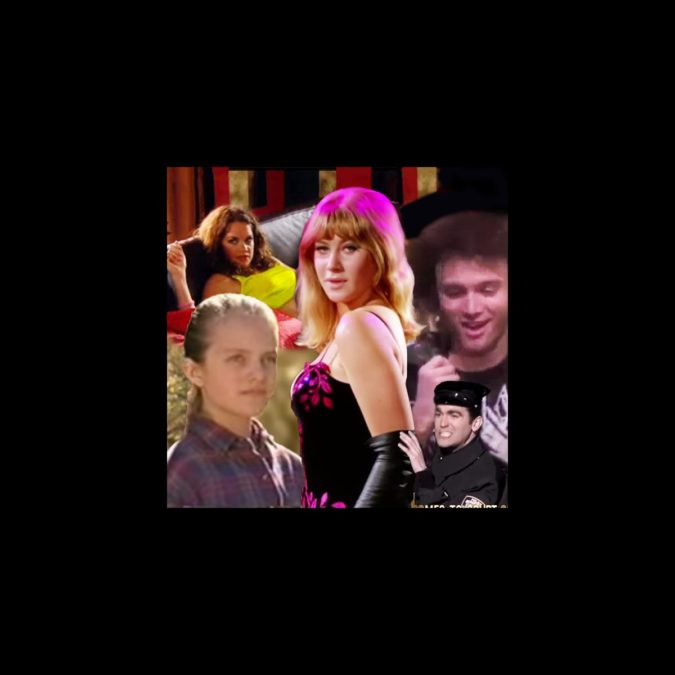 Being a 2015 Tony nominee is a huge honor, whether you’re a Broadway mainstay like Fun Home’s Michael Cerveris, a big screen legend like The Audience headliner Helen Mirren or a small screen favorite like Elisabeth Moss of The Heidi Chronicles. But there are also some, uh, interesting early roles on these actors’ resumes. We know you’ve already seen Christian Borle’s eBay commercial and Kristin “Kristi” Chenoweth’s pageant video, so we had to dig even deeper to find these gems. Check out some wacky videos we found of Michael Cerveris as an aspiring rocker (with tons of hair!), Brian d’Arcy James as a singing cop, Helen Mirren as a sexy rubber gloves peddler and more.


RUTH WILSON
Suburban Shootout, 2006
There’s no doubt that Tony-nominated Constellations and The Affair star Ruth Wilson is a class act, but you’d never know it in her turn as sexed-up aspiring actress Jewel Diamond in the British TV series Suburban Shootout. Ruth, is that really you?! If you’re watching this at work, you might want to wear headphones. Or turn the volume way down.


MICHAEL CERVERIS
Fame, 1987
The TV reboot of Fame may not have lived forever, but this 1987 clip of Michael Cerveris as British rocker Ian Ware does. The Tony-nominated Fun Home star is rocking eyeliner, crazy hair and some serious Sex Pistols vibes in the episode "Ian's Girl." Oh, and if you need any more incentive to watch, he rips his shirt off at 7:20. You’re welcome.


ELISABETH MOSS
Escape to Witch Mountain, 1995
Before Mad Men star Elisabeth Moss became a household name, made her Broadway debut and nabbed a Tony nod for The Heidi Chronicles, she appeared in a bunch of movies, including Girl, Interrupted and the 1995 Disney update of Escape to Witch Mountain at age 13. She’s cute as a button in this adorable clip where she reunites with her supernatural sibling.


BRIAN D’ARCY JAMES
The Late Show with David Letterman, 1998
What do you get when you combine the NYPD with the glitz and glamour of Broadway? Cops: The Musical! In this post-Titanic, pre-Sweet Smell of Success clip of Something Rotten! Tony nominee Brian d’Arcy James as a singing, dancing police officer, James aims “to make fighting crime for fun for everybody.” Mission accomplished!


HELEN MIRREN
Herostratus, 1967
And now, the reigning queen of crazy videos. Behold, stage and screen legend Helen Mirren in her very first film role! Before The Audience headliner won an Oscar and garnered a Tony nomination for playing Queen Elizabeth II, she played the role of a temptress selling rubber gloves in the bizarre experimental movie Herostratus. We’ll take a whole case, Your Majesty!