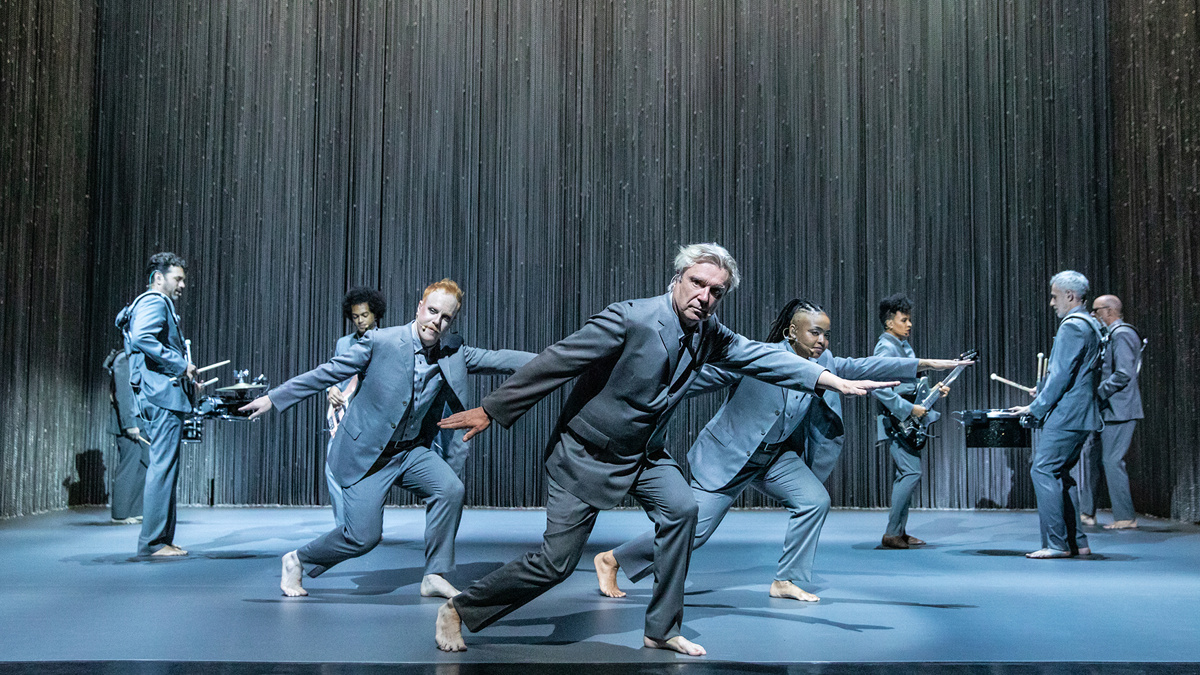 Broadway may still be shutdown, but fans will be able to feel like they’re back at the at theater when the filmed version of David Byrne’s American Utopia is released on October 17. As previously announced, Oscar winner and legendary filmmaker Spike Lee directs the special event which was filmed during the theatrical concert’s run at Broadway’s Hudson Theatre. David Byrne’s American Utopia will be available to stream on HBO and HBO Max.

American Utopia, which features Byrne sharing the spotlight with a diverse ensemble of 11 musical artists from around the globe, first arrived on Broadway at the Hudson Theatre on October 20, 2019. The show consistently sold out the 961-seat Hudson Theatre, recouping its $4 million investment after only 10 weeks and broke the theater’s box-office record in February. It received multiple extensions and concluded its run on February 16, 2020.

“David Byrne’s American Utopia is a uniquely transformative experience and a perfect example of how entertainment can bring us together during these challenging times,” Nina Rosenstein, Executive Vice President, HBO Programming said in a statement. “Spike’s brilliant direction adds a level of intimacy to this powerful performance, and we’re so thrilled to share this groundbreaking show with our audience.”

The show had a planned return to Broadway from September 18 through January 17, 2021. It will also be released as a book.

Get excited for the release by watching the teaser trailer below!