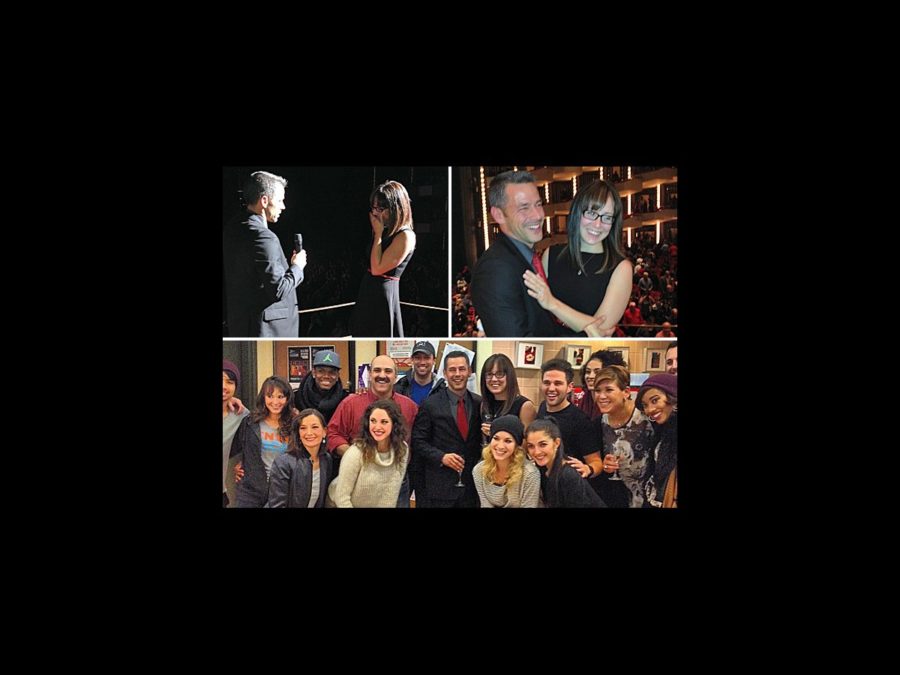 
Sometimes, seeing a romantic musical will make theatergoers do crazy things—like proposing after the show! Following the October 26 evening performance of Flashdance at Ottawa’s National Arts Centre, audience member Russell Storring popped the question to his girlfriend Marie-Eve Morel in front of the whole audience. And what a feeling—she said yes! OK, so this was pre-planned by Storring, but nevertheless, he was undoubtedly inspired by the on-stage love story of Alex Owens and Nick Hurley.

After the crowd cheered them on, the newly engaged pair got the chance to go backstage to meet the cast, who was equally as excited as the audience. Stars Jillian Mueller (Alex), David R. Gordon (Jimmy), Matthew Henerson (Harry) and more raised their glasses to Storring and Morel with a champagne toast as the group posed for photos.

Check out the shots of the emotional proposal above, and as a bonus, watch the video below featuring the exciting “She said yes!” moment! And in case you’re planning on getting engaged anytime soon, Flashdance is currently playing at Cincinnati’s Aronoff Center for the Arts and will soon make stops in Appleton, Orlando, Jacksonville and more. Best wishes to the happy couple!