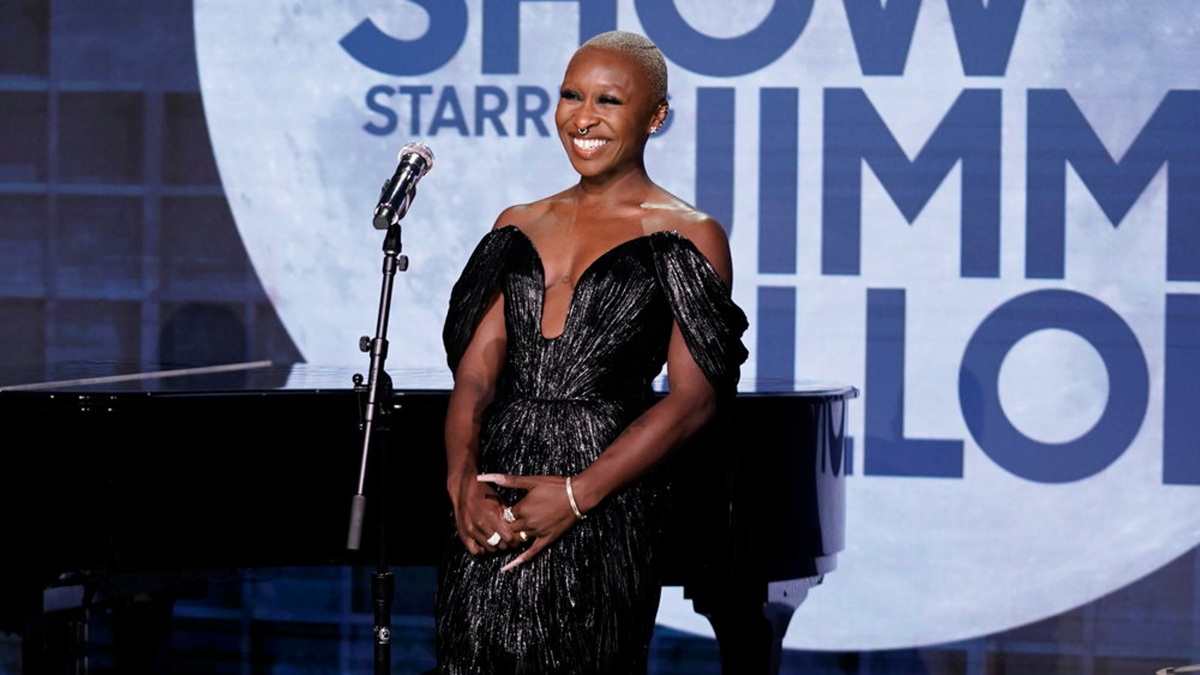 Watch Cynthia Erivo Perform “You’re Not Here” from Ch. 1 vs. 1
Tony winner Cynthia Erivo released new music on September 17 via Verve. A Grammy winner for her performance on The Color Purple Broadway revival cast recording, this is her first solo album. Entitled Ch. 1 vs. 1, the record includes 12 tracks. Erivo performed “You’re Not Here” on The Tonight Show Starring Jimmy Fallon on September 23. Watch below!

Ain’t Supposed To Die A Natural Death Revival Dedicated to Melvin Van Peebles
Following the passing of influential filmmaker and Tony nominee Melvin Van Peebles on September 21, Deadline reports that the previously announced Broadway revival of his show Ain’t Supposed to Die A Natural Death will be dedicated to its multi-talented creator. Tony winner Kenny Leon will helm the production. Filmmaker Mario Van Peebles, Melvin’s eldest son and longtime collaborator, will serve as the creative producer for the show, which will play at a Broadway theater to be announced in 2022. Set on the rough streets of 1970s Manhattan, Ain’t Supposed to Die a Natural Death blends early hip-hop and spoken word, jazz and blues, humor and pain to offer a raucous celebration of America. After opening in October 1971, the production garnered seven Tony Award nominations, including Best Musical, Best Book of a Musical and Best Original Score. Further details about the revival will be announced later.

Vampire Drama, Starring Anika Noni Rose, Ordered to Series
Anika Noni Rose is coming to a small screen near you! According to Deadline, Showtime has ordered the pilot for the vampire drama Let the Right One In to series, and it stars the Tony winner alongside Academy Award nominee Demián Bichir. Inspired by the bestselling 2004 novel by John Ajvide Lindqvist and its 2008 Swedish film adaptation, the series centers on Mark and his daughter, whose lives were changed forever when she was turned into a vampire. As a result, she lives an isolated life while her father does his best to provide her with the human blood she needs to stay alive. Andrew Hinderaker wrote the pilot and will serve as the showrunner; Seith Mann, who directed the pilot, will helm additional episodes. The 10-episode series will go into production in New York City in early 2022.

Broadway’s Kathy Fitzgerald to Take the West Side Comedy Club Stage
Kathy Fitzgerald, who theater lovers know from shows like The Producers, 9 to 5, Charlie and the Chocolate Factory, Wicked and more, will join America’s Got Talent finalist Tom Cotter for a special live broadcast of Richie Byrne and Mark Riccadonna’s comedy podcast Drinks, Jokes, and Storytelling on September 29 at 7 PM ET. The evening will include stand-up and even some musical performances. Check out this page for more info on this comedy event with a bit of Broadway flair!