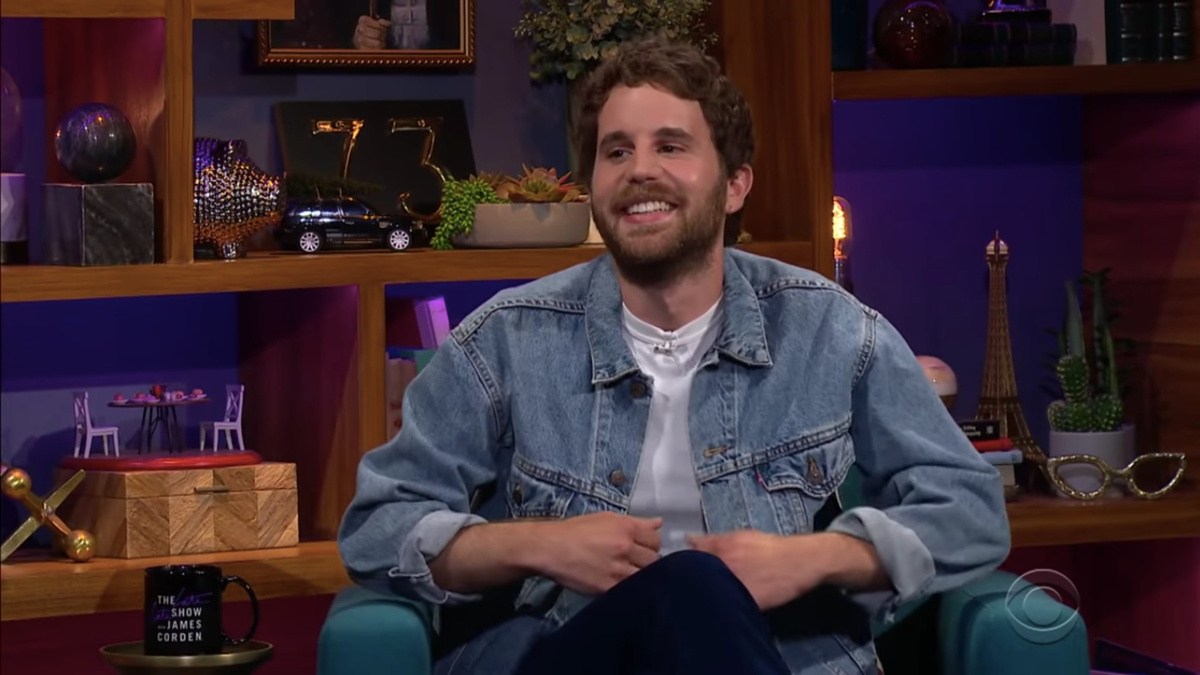 Ben Platt Dishes on the Dear Evan Hansen Movie & More
Dear Evan Hansen Tony winner Ben Platt  shared some exciting updates on his upcoming projects on The Late Late Show with James Corden. Platt reprised his role in the film version of Dear Evan Hansen, which was shot in Atlanta during the pandemic. He just released a new single “Imagine” and said his second studio album will be released this summer’. He also talked about his partner Noah Galvin‘s birthday. “I can’t believe I’ve become one of those people who talks about my boyfriend. It’s so weird, but so nice,” he said. Check out the interview below!

Emmy winner and Tony winner Cherry Jones is heading back to small screen. Deadline reports that she is set to star alongside Vera Farmiga in Five Days at Memorial, Apple TV+’s forthcoming limited series from John Ridley, Carlton Cuse and ABC Signature. Based on the acclaimed nonfiction book by Pulitzer Prize-winning author Sheri Fink, Five Days at Memorial chronicles the first five days in a New Orleans hospital after Hurricane Katrina made landfall. Jones will play Susan Mulderick, a hospital nursing director and head of the emergency preparedness committee, who becomes the designated incident commander for Hurricane Katrina. Farmiga plays Dr. Anna Pou, the doctor on duty at Memorial when the storm hit. The cast of the limited series also includes Adepero Oduye, Cornelius Smith Jr. and Julie Ann Emery. A production timeline will be announced later.

Watch John Benjamin Hickey in the Trailer for Sublet
Tony winner and current Tony nominee John Benjamin Hickey stars opposite newcomer Niv Nissim in the new movie Sublet, which is set for theatrical release on June 11. The film focuses on a New York Times writer (Hickey), who visits Tel Aviv after suffering a tragedy. The city’s energy and his relationship with a younger man he meets there (Nissim) bring him back to life. Watch the trailer below.

Join Ali Stroker & Stacy Davidowitz for a Reading of The Chance to Fly
Sunday family plans—check! As previously reported, Ali Stroker, who made history with her Tony Award win for her performance in Oklahoma!, has released a novel. A Chance to Fly, which hit bookshelves last month, is co-written with Stacy Davidowitz and tells the story of 13-year-old Nat Beacon, a theater-loving girl who uses a wheelchair for mobility, who goes on a quest to defy expectations—and gravity—in her town’s production of Wicked. Stroker and Davidowitz will offer a musical virtual storytime on May 16 at 11AM ET. Get details here.

Watch ‘Seasons of Love’ Tribute in Honor of Those Lost to COVID-19
The final Broadway company of Rent reunited to perform “Seasons of Love” as a tribute to those lost to COVID-19 for the Covid Grief Network. Telly Leung, Adam Kantor, Marcus Paul James, Tracy McDowell and more sing while photos and videos are shown of those who lost a loved one. The Covid Grief Network provides free one-on-one and group support to people grieving the death or illness of someone close to COVID-19. Head here for more information. Watch the video below!

Drag Race Winner Bianca Del Rio to Appear in U.K. Tour of Everybody’s Talking About Jamie
Get ready to sashay! The U.K. tour of Everybody’s Talking About Jamie is hitting the road in September and taking Drag Race winner Bianca Del Rio along for the ride. Del Rio will play the roles of Loco Chanelle/Hugo at select venues. Layton Williams is set to lead the tour as Jamie New. The Olivier-nominated West End musical is based on the true story of a teenage boy who wants to wear a dress to his high school prom. As previously reported, it will return to the West End on May 20 and is set to make its North American premiere at L.A.’s Ahmanson Theatre in 2022.