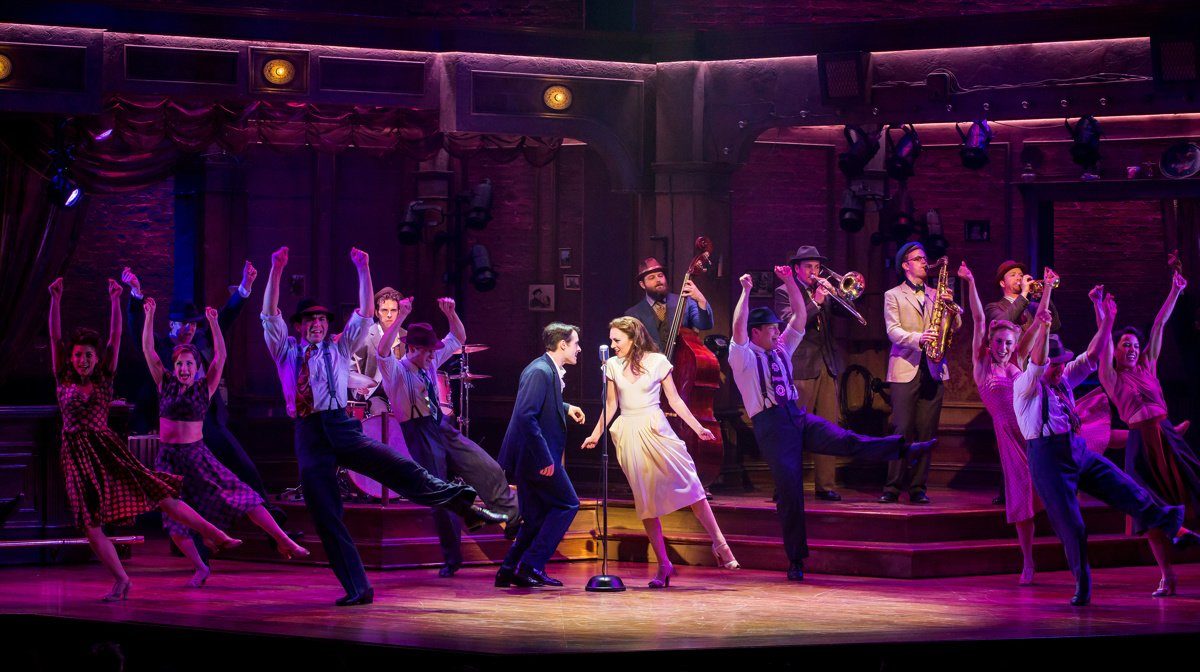 Richard Oberacker and Robert Taylor’s original swing score of the new Broadway musical Bandstand will be recorded onto an original cast album by Broadway Records. The album will be released on June 23.

Bandstand, with a book by Oberacker and Taylor, began previews at the Bernard B. Jacobs Theatre on March 31 and will open on April 26. Directed and choreographed by Hamilton Tony winner Andy Blankenbuehler, the musical stars Tony nominee and Broadway.com vlogger Laura Osnes stars alongside Corey Cott.

Bandstand follows Donny Novitski (Cott), a singer/songwriter who leads his wise-cracking gang of jazzers to a national radio contest in search of America’s next big swing band. With the young war widow Julia (Osnes) as their singer, the group struggles to confront the lingering effects of the battlefield as they strive for fame and fortune through their music.