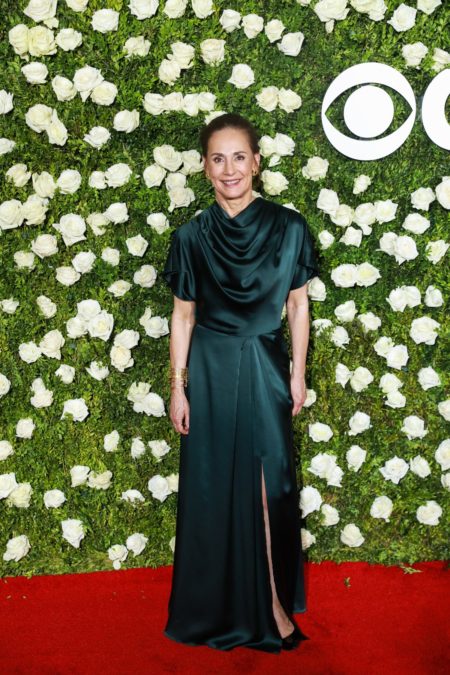 Laurie Metcalf and Denzel Washington, the Tony winners slated to return to Broadway this spring in Three Tall Women and The Iceman Cometh, respectively, were named among the 2018 Academy Award nominees on January 23. Dear Evan Hansen's Tony-winning composers Benj Pasek and Justin Paul and Frozen songwriters Kristen Anderson-Lopez and Tony winner Robert Lopez were also honored by the Academy of Motion Picture Arts and Sciences. The Oscar nominees were announced live from the Samuel Goldwyn Theater in Los Angeles.

Metcalf was nominated for her performance in Lady Bird while Washington earned a nomination for Roman J. Israel, Esq. Pasek & Paul were nommed for penning the showstopping song "This Is Me" (sung by Waitress alum Keala Settle) from the P.T. Barnum biopic The Greatest Showman. Married songwriters Anderson-Lopez and Lopez earned a nomination for their song "Remember Me" from Coco.

Other Broadway notables who were hat-tipped include Tony nominee Allison Janney, for her turn in I, Tonya; Tony winner Christopher Plummer, nominated for All the Money in the World and Tony winner Frances McDormand, who was nommed for Three Billboards Outside Ebbing, Missouri. Tony nominee Martin McDonagh earned a nomination for his screenplay of Three Billboards and a nod in the Best Picture category as one of the film's producers.

The 2018 Oscars, hosted by Jimmy Kimmel, will take place at L.A.'s Dolby Theatre on March 4; the ceremony will air live on ABC. For a full list of nominees, click here.