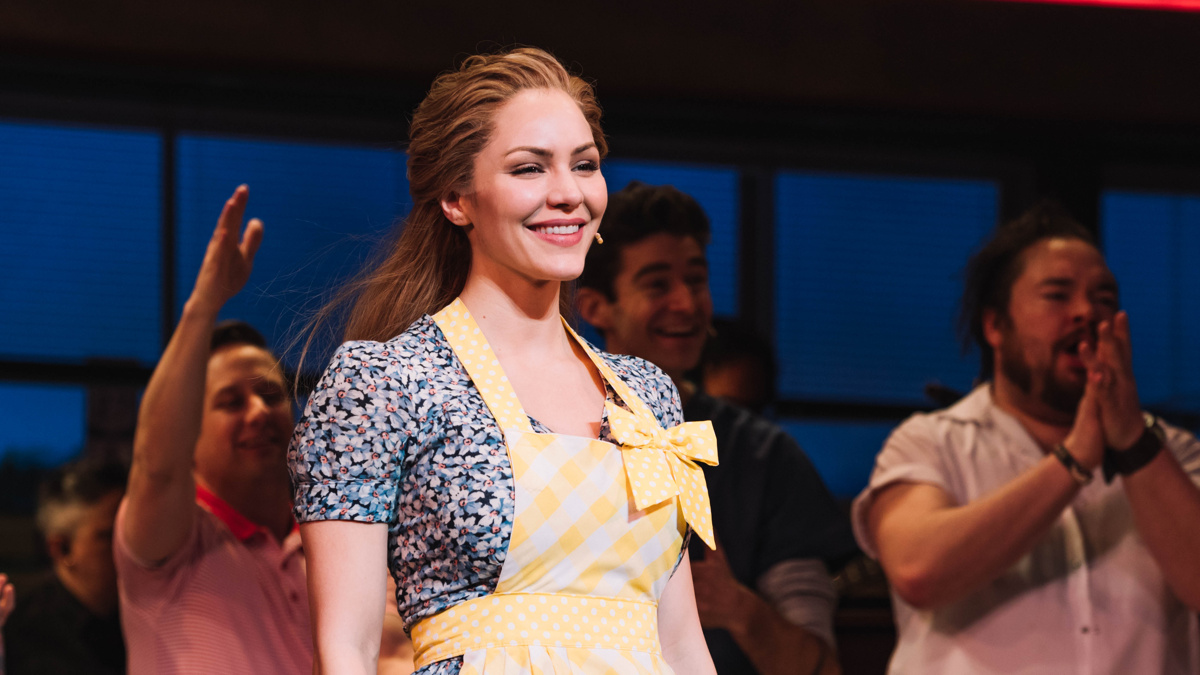 The newest episode of Broadway Profiles includes an interview with stage and screen talent Katharine McPhee. Last seen on Broadway as Jenna in Waitress, McPhee spoke with Broadway.com Editor-in-Chief Paul Wontorek about her new Netflix show Country Comfort, where she stars as aspiring country singer Bailey, who takes a job as a nanny for a rugged cowboy named Beau and his five children. “It’s such a relaxing show to watch. It’s hard for me to watch myself. I put it on on like a Friday night and watched six episodes in a row. I thought, ‘If I can stomach it—I’m going to be the toughest critic on myself for sure—then this could be a good sign for people finding this show and hopefully liking it,” she told Wontorek. “It’s a sitcom, and we shot every Friday night in front of a live audience. It was just really, really fun.”

After taping four episodes, production for the show was shut down due to the COVID-19 pandemic. “We shut down for about six months. I came back five months pregnant,” she said. McPhee and husband David Foster welcomed their son in February. “Oh gosh, he’s the sweetest. I knew I would love being a mom,” she said of motherhood. “You’re tired, but it’s the best kind of tired. It’s just so rewarding, and you’re trying to soak up every moment.”

McPhee made her Broadway debut in Waitress playing Jenna, who—spoiler alert—becomes a new mother at the end of the show. She shared how the musical prepared her for Country Comfort: “Any time you have experience in front of a live audience, knowing when to hold for laughs or applause is great for sitcom.”

Watch the full interview below, and head here to check your local listings for Broadway Profiles. Hosted by Emmy-winning anchor Tamsen Fadal and powered by Broadway.com, it is the only nationally syndicated weekly theater news program.