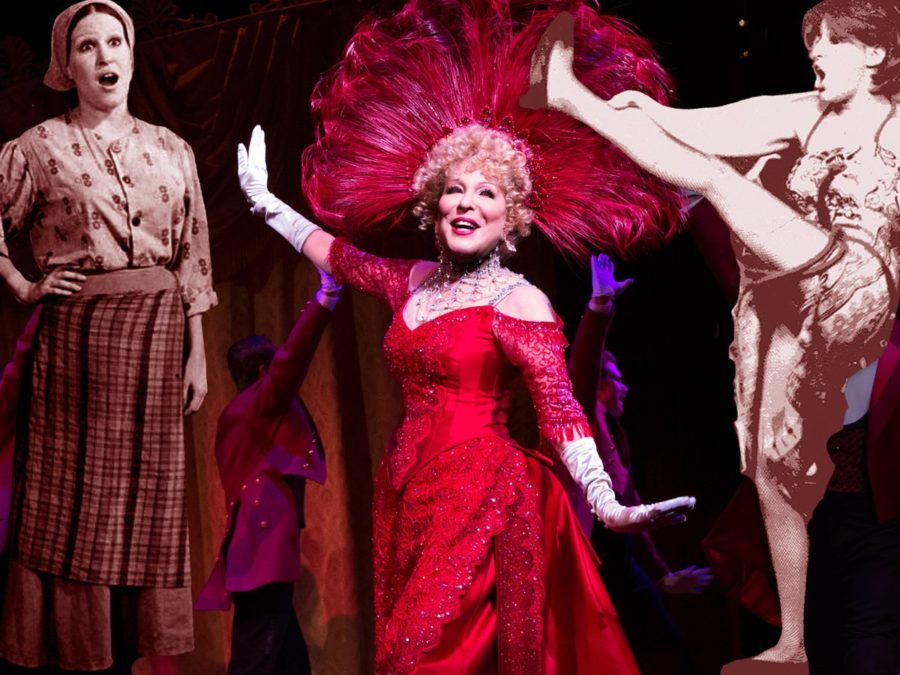 In Her Own Words: Hello, Dolly! Star Bette Midler on Her Early Days on Broadway

The world’s been waiting for entertainment icon Bette Midler to return to the Broadway musical stage for close to 50 long years. Now that the opening of Hello, Dolly!, with the incomparable Midler as Miss Dolly Gallagher Levi, is upon us, we thought it’d be fun to take a trip back to her early days on the stage. Thanks to a delicious 1972 chat with Interview magazine writer Lisa Robinson, here’s the backstory on how a “stagestruck” young Midler fought her way onto Broadway—and how just years later, the disillusioned Broadway baby found the voice that would make her famous to the world.

BETTE CAME TO NYC TO ACT
Growing up in Hawaii, young Bette Midler says she only cared about movies and music (“I tried and tried but I couldn’t get into science…or mathematics”). After working as an extra in the movie Hawaii back home, she moved to New York City in 1965 at the age of 19 with the intention of becoming “a great actress.” Midler claims she wasn’t even in control of own ambition: “It’s something pushing me, I’m not pushing myself.” She studied at HB Studios (her teacher was Broadway performer Robert Elston, who died of AIDS in 1987) and mostly focused on using her singing talents to build her skills. “I thought the way I would be a great actress,” she says, “was to sing and dance first. Lay a foundation—get my foot in the door, and then undoubtably, of course, I would be offered great roles as soon as I grew up enough to handle them.”

BETTE GOT UNDRESSED—AND INSPIRED—DOWNTOWN
Shortly after arriving in the big city, Midler made her theatrical debut at La Mama ETC in the East Village as “Naomi and Assorted Virgins” in Miss Nefertiti Regrets written by Tom Eyen, who would start writing the book to Dreamgirls over a decade later. “It was a very strange little musical comedy,” she says. “It was very musical and very funny.” After the run was a smash, plans were immediately put in motion for a return engagement a few months later—and this time Eyen gave Midler the lead role of Miss Nefertiti. “I wore a little blond wig…bikini…a pair of high heels, I had the best time.” She went on to headline Eyen’s next show, too, Cinderella Revisited, which was performed for kids during the day and then a sexier version for adults at night under the title Sinderella. Eyen wasn’t the only gay theater icon who helped the rising star develop her style—she says she was also inspired by Ridiculous Theatre Company downtown legend Charles Ludlam. “The first thing I ever saw him do was Turds in Hell, which blew me away. It was the most incredible piece of theater I had ever seen.” Also unforgettable? “There was this chick in the show named Black-Eyed Susan,” she says. “She was terrific, she really inspired me.”

BETTE HAD A BIG BROADWAY DREAM
Midler had the Broadway itch—she started auditioning for shows regularly. “In those days, I was stagestruck,” she explains. “I was actually stagestruck and I had to get on the Broadway stage. I thought everything would be all right once I did.” She auditioned for the Broadway smash Fiddler on the Roof on and off for a year before finally getting cast in the ensemble (no word if she ever auditioned for the original Hello, Dolly!, another big hit at the time). “Then they let me go and they called me back for the part of one of the daughters,” she says. According to Mark Bego’s biography Bette Midler: Still Divine, Midler auditioned for Tzeitel (a role she had understudied originally) in front of legendary director/choreographer Jerome Robbins, although the casting agent told her she “didn’t have a prayer.” “I at least wanted to get a look at Robbins,” she says. “I worship the ground he dances upon—so I said, ‘I’m sorry, I’m taking the audition!’” Midler landed—and stayed in—the role of Tevye’s eldest daughter for three years at the Majestic Theatre.

Midler (center) as Tzeitel in “Fiddler on the Roof” (Photo: Friedman-Abeles)

BETTE GOT BURNED OUT BY BROADWAY
For the first two years of her three-year run in Fiddler, Midler says she enjoyed herself. “I had this little thing in my head that wouldn’t let me not be ‘on,’” she says. “And I would go out there and for two years—every night—I would be on. And the third year, however, I came to a screeching halt!” Midler says she was “breaking her ass,” making the same salary in the show as when she started, which “subsequently led to a heavy bout of disenchantment. A very heavy bout. Ohhh… I wrestled with the angel of disenchantment!” In addition, Midler couldn’t get the attention of her agent: “And when they would send me out for auditions, the people wouldn’t like the way I looked, or the way I sounded—I couldn’t make them understand that there was anything there.” During this time, Midler was also shaken by the death of her sister Judy, who was hit by a speeding car in the theater district and killed while visiting. Midler took just a week and a half off before returning to Fiddler.

BETTE TOOK HER BROADWAY BLUES TO THE CLUBS
Miserable backstage at Fiddler (“I said, ‘This is not the way to do it. This is living? You call this living?!’), Midler got inspired by the young actress playing Fruma-Sarah in the show, Marta Heflin (“a good girl, and a good performer, too”). After performances, Heflin told Midler she went to the nightclub Hilly’s on West 9th Street to “sing out all her frustrations.” “I said, ‘Well, honey, I got a lot of frustrations to get out, too!’” One night, the future Divine Miss M headed to Hilly’s and got up onstage in front of a small crowd. Three songs in, she started crooning the blues standard “God Bless the Child” when “something happened to my head and my body and it was just the most wonderful sensation I’d been through.” Although she says the experience “really freaked me out,” Midler started slipping into long, velvet dresses before slipping out of the Fiddler stage door and heading to clubs like Hilly’s and The Improv with a music book of Depression-era torch songs, many of which she was introduced to by her boyfriend at the time, Fiddler chorus boy Ben Gillespie. “The more I sang them, the better I liked them, and the more I wanted to sing.”

Midler at the 1974 Tony Awards at Sardi’s with Johnny Carson (Photo: Getty Images)

In the 1970s, Midler really took off, landing her now-legendary gig at the gay Continental Baths, getting signed to a record deal, singing on The Tonight Show… By the time she returned to Broadway, Midler was already a star promoting her second album, Bette Midler, with a holiday run of concerts at the Palace Theatre in 1973, winning a special Tony Award the following year for “adding lustre to the Broadway season.”

Something tells us she’ll be back this year.