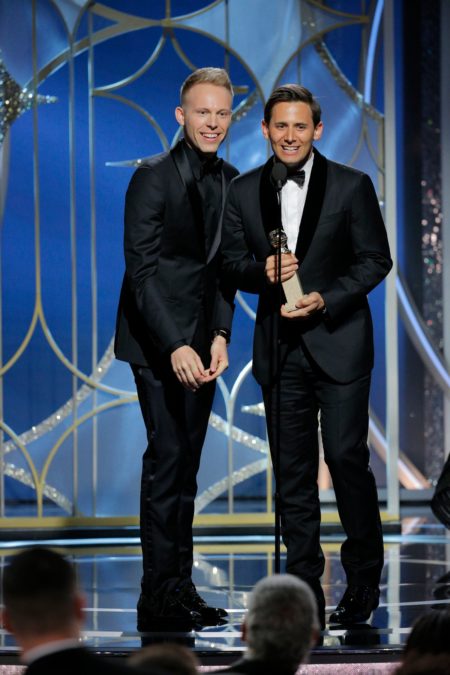 The 2018 Golden Globe Awards ceremony was a meaningful evening for the beloved Tony-winning songwriters of Broadway hit Dear Evan Hansen. Benj Pasek and Justin Paul took home the Golden Globe in the Best Original Song category for their showstopping number "This Is Me" (sung by Waitress alum Keala Settle) from the movie musical The Greatest Showman. Seth Meyers hosted the January 7 celebration of excellence in film and television.

It was a victorious night for a handful of other theater notables, including Tony winner Frances McDormand (Good People), who won the Globe in the Best Performance by an Actress in a Motion Picture Drama category for her turn in Three Billboards Outside Ebbing, Missouri. The film's writer-director, four-time Tony nominee Martin McDonagh (The Lieutenant of Inishmore) also won a Golden Globe, in the category of Best Screenplay, Motion Picture. The film was honored with the Golden Globe for Best Motion Picture Drama.

Bravo to the Broadway alums who won big tonight! For a full list of 2018 Golden Globe winners, click here.