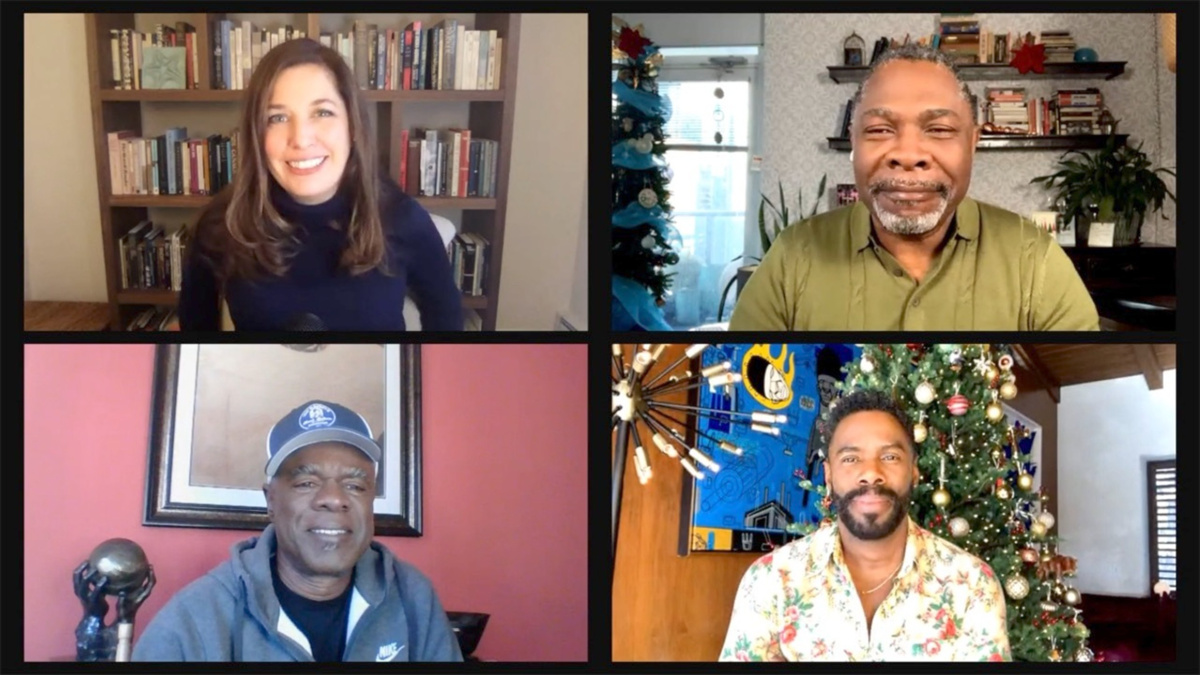 Ma Rainey’s Black Bottom’ the Netflix movie adapted from two-time Pulitzer Prize winner August Wilson’s play of the same name is a gem. Producer Denzel Washington has made a commitment to bring all of Wilson’s Century Cycle (his series of 10 plays that charts the Black experience throughout the twentieth century) to the screen. Ma Rainey takes place in 1927 and examines music, power, ambition and race at a Chicago recording studio. Viola Davis plays the “mother of the blues” with the late Chadwick Boseman as an ambitious trumpeter in her band. The movie, directed by George C. Wolfe, includes top-tier talent like Colman Domingo, Michael Potts and Glynn Turman. Broadway.com chatted with these three stage alums about their experience.

“The language—it’s about us, the way we speak,” Potts said about why Wilson’s work entices actors of the highest caliber. “It offers the challenge to give reverence to our history and our culture. It lets us be our authentic selves.”

The three performers, along with Boseman, make up Ma’s band, and with two-time Grammy winner Branford Marsalis overseeing the film’s music, the pressure was on. “We all had to learn our instruments and become proficient enough to make Branford Marsalis proud,” Domingo said. “We’re not going on tour with him or anything, but we did take to it. We’re playing a true ensemble.”

In the spirit of creating the chemistry needed, the stars went to a jazz club with Marsalis in Pittsburgh, Wilson’s hometown where the film was shot. “We got a sense of what it was like to walk around with a music star of this decade,” Turman said with a nod to the real-life Ma Rainey. “We’re all in the theater,” Domingo added, “and when you’re in the theater, the place where you really get to know each other is the pub. That’s just as important as rehearsal—to get to know your fellow [actors], so you can establish this great well of love and trust so you can fly by the time we are in front of the camera.”

Ma Rainey’s Black Bottom marked Boseman’s last film. He died of colon cancer in August at the age of 43. “At the time, we didn’t know it would be his final role. I just thought, OK, I’m working with T’Challa, the king!,” Potts said about Boseman’s role in the movie Black Panther. “It was all a pinch-me moment to begin with,” he added about the cast. “These are gifted, intelligent, generous, prodigiously talented people.”

As for audiences who will be receive an introduction to Ma Rainey, the cast is thrilled for them to learn more about the blues legend. “It’s a great exploration of this woman, who has been such a pioneer,“ Domingo said. “Not only as a woman in the blues industry, but as an openly gay woman. She really broke down barriers. She was that one ferocious spirit who stood up for her worth. It’s dynamic, it’s beautiful, it’s steeped in history. I miss the theater so much, and this is a beautiful adaptation that makes us feel so connected to the theater at this time.”