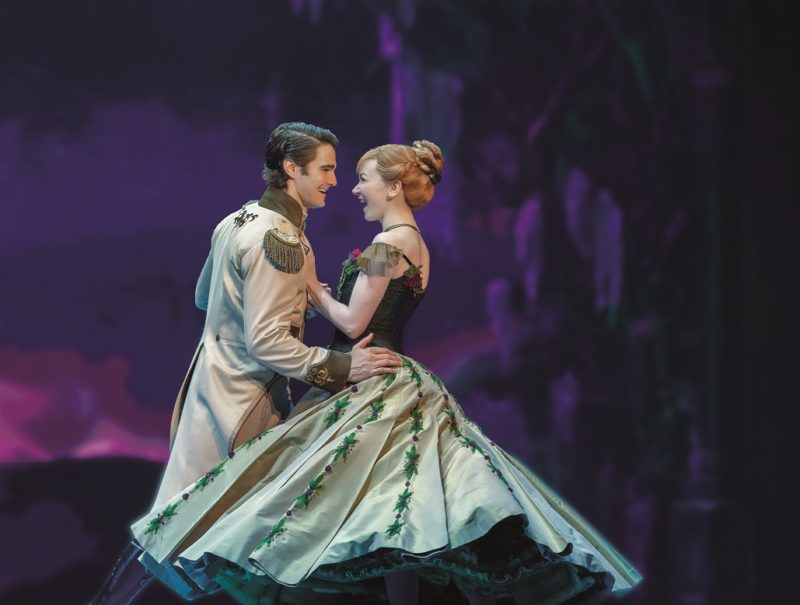 The biggest hits on Broadway are headed to Appleton as part of the just-announced Kimberly-Clark Broadway Across America – Fox Cities Series 2020-21 season at the Fox Cities Performing Arts Center!

Learn more about all of the exciting Broadway shows headed to Appleton below:

Direct from Broadway, Mean Girls is the hilarious hit musical from an award-winning creative team, including book writer Tina Fey (30 Rock), composer Jeff Richmond (Unbreakable Kimmy Schmidt), lyricist Nell Benjamin (Legally Blonde) and director Casey Nicholaw (The Book of Mormon). Cady Heron may have grown up on an African savanna, but nothing prepared her for the vicious ways of her strange new home: suburban Illinois. Soon, this naïve newbie falls prey to a trio of lionized frenemies led by the charming but ruthless Regina George. But when Cady devises a plan to end Regina’s reign, she learns the hard way that you can’t cross a Queen Bee without getting stung. New York Magazine cheers, “Mean Girls delivers with immense energy, a wicked sense of humor and joyful inside-jokery.” USA Today says, “We’ll let you in on a little secret, because we’re such good friends: Get your tickets now!”

Frozen, the Tony-nominated Best Musical is melting hearts on Broadway and across the country in an all-new production created for the stage by an award-winning team. Heralded by The New Yorker as “thrilling” and “genuinely moving,” Frozen features the songs you know and love from the original Oscar-winning film, plus an expanded score with a dozen new numbers by the film’s songwriters, Oscar winner Kristen Anderson-Lopez and EGOT winner Robert Lopez.  Joining them on a creative team that has won a cumulative 16 Tony Awards are Oscar winner Jennifer Lee (book), Tony and Olivier Award winner Michael Grandage (director), and Tony winner Rob Ashford (choreographer). An unforgettable theatrical experience filled with sensational special effects, stunning sets and costumes, and powerhouse performances, Frozen is everything you want in a musical: It’s moving. It’s spectacular. And above all, it’s pure Broadway joy.

Cats, the record-breaking musical spectacular by Andrew Lloyd Webber that has captivated audiences in over 30 countries and 15 languages, is now on tour across North America! Audiences and critics alike are rediscovering this beloved musical with breathtaking music and stunning choreography. Winner of seven Tony Awards, including Best Musical, Cats tells the story of one magical night when an extraordinary tribe of cats gathers for its annual ball to rejoice and decide which cat will be reborn. The original score, including one of the most treasured songs in musical theater, “Memory,” new choreography by Andy Blankenbuehler (Hamilton), and direction by Trevor Nunn (Les Misérables) make this production a new Cats for a new generation. Experience Cats for the first time as it begins a new life, or let it thrill you all over again!

A love story written in the stars! The New Yorker says, “Disney’s done it again!” The winner of four Tony Awards returns to the stages of North America! With a Grammy- and Tony-winning score by the legendary Elton John and Tim Rice and a revised book by Tony-winning playwright David Henry Hwang, the hit Broadway musical Aida returns to the stage in a thrilling new production. The producers of The Lion King and Frozen have reunited the original Tony-winning design team of Bob Crowley (scenery and costumes) and Natasha Katz (lighting) to reinterpret their designs in the retelling of this passionate and timeless story for today’s audiences. Directed by Schele Williams, choreographed by Camille A. Brown and musical supervision by Tony winner Jason Michael Webb, Aida is a compelling tale of star-crossed lovers belonging to feuding nations, torn between their conflicted loyalties to their countries and to each other. With its stirring contemporary score and its powerful love story, Aida reveals that we have the power to change history, but only when we make brave choices and embrace our destiny.

No matter how you say it, Tootsie is unanimously funny! It’s a laugh-out-loud love letter to the theatre, based on the Oscar-nominated film. Featuring a Tony-winning book by Robert Horn and an outrageously clever score by 2018 Tony winner David Yazbek (The Band’s Visit, Dirty Rotten Scoundrels), this New York Times Critic’s Pick is a “hilarious, thoroughly modern Tootsie” (People Magazine) that’s “even funnier than the movie!” (New York Post). “In these turbulent times, with the world out of balance, we need a place to let the good times roll,” says Rolling Stone, “Tootsie is it.”

For more information about the series and the benefits of being a subscriber, click here.